State of Hawaii:
The 50th State

Hawaii Fish:
Humuhumunukunukuapuaa
(can you pronounce it?)

O'ahu -The Gathering Place
Land area: 597 sq miles (3rd largest Hawaiian island)
The most populated of all the Hawaiian islands, Oahu is also the most frequently visited. There are many historic sites on Oahu such as Pearl Harbor & the USS Arizona Memorial, the National Memorial Cemetery of the Pacific, Iolani Palace & Valley of the Temples in addition to world famous North Shore & many other beautiful beaches and hotels. The locals call this Island the mainland- it gets that name from the busy downtown metropolitan area.
Island color: Yellow
Island flower: Ilima

Kauai -The Garden Isle
Land area: 552 sq miles (4th largest Hawaiian island)
Kauai is the oldest Hawaiian island & over 95% of the land on Kauai is used for conservation & agriculture. Kauai's Mt. Waialeale is known as the Wettest Spot on Earth, averaging more than 450 inches of rain per year & producing eight major and majestic waterfalls. An interesting & unusual fact is that Kauai's official Building Code dictates that "no building shall be taller than a Coconut Palm."
Island color: Purple
Island flower: Mokihana

Hawai'i -The Big Island
Land area: 4028 sq miles (the largest of all the Hawaiian Islands)
The Big Island is the newest and largest of the Hawaiian Islands & is home to one of only four green sand beaches on earth. Kilauea, one of the more active volcanoes in the world, is one of five volcanoes that together form the island. Big Island contains 11 of the worlds 13 climate zones & yes, it even snows on the mountains!
Island color: Red
Island flower: Lehua Ohia

Molokai -The Friendly Isle
Land area: 260 sq miles (5th largest Hawaiian island)
Molokai is said to be the birthplace of Hula & is often called the most Hawaiian island as over 95% of the population are true Hawaiians. Molokai has no traffic lights, no shopping malls & boasts the tallest sea cliffs in the world. Father Damien is one of the most prominent figures in Molokai history for his work in the 1800's at the leper colony on the isolated Kalaupapa Peninsula along Molokai's north shore.
Island color: Green
Island flower: Kukui

Lanai -The Private Isle
Land area: 140 sq miles (6th largest Hawaiian island)
Lanai was formerly an island-wide Dole pineapple plantation & gets its name "the private island" as it was once privately owned by Castle & Cooke. In 2012, Larry Ellison (founder & chairman of Oracle) purchased 97% of the island with the remaining 3% owned by the state of Hawaii and privately owned homes. Lanai is the smallest publicly accessible inhabited island in the chain.
Island color: Orange
Island flower: Air plant

Ni'ihau - The Forbidden Island
Land area: 69 sq miles (7th largest Hawaiian island)
Ni'ihau is a privately-owned island & is most famous for its delicate shell lei. The tiny colorful shells used to make these lei are so rare it often takes years to collect enough to make a lei and they sell for thousands of dollars. Only people of Hawaiian ancestry live here- there are no resorts on Ni'ihau and you cannot spend your vacation on this island.
Island color: White
Island flower: Pupu shell

Kaho'olawe -The Target Isle
Land area: 45 sq miles (8 largest Hawaiian island)
Kaho'olawe is the smallest of the eight main Hawaiian islands & is completely uninhabited, primarily due to lack of fresh water. From 1941-1990, the island was used as a training ground and bombing range by the Armed Forces of the United States. Today, Kaho'olawe can be used only for native Hawaiian cultural, spiritual & subsistence purposes.
Island color: Grey
Island flower: Hinahina 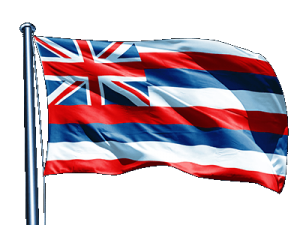 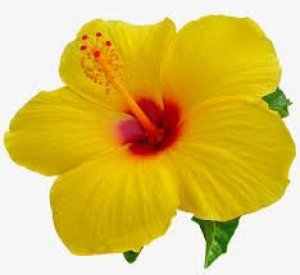 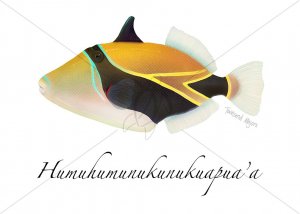 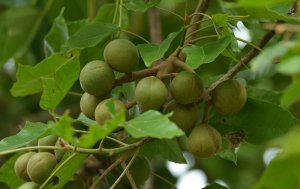 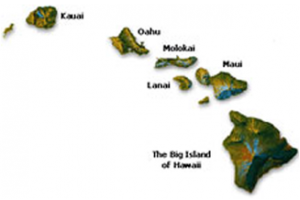